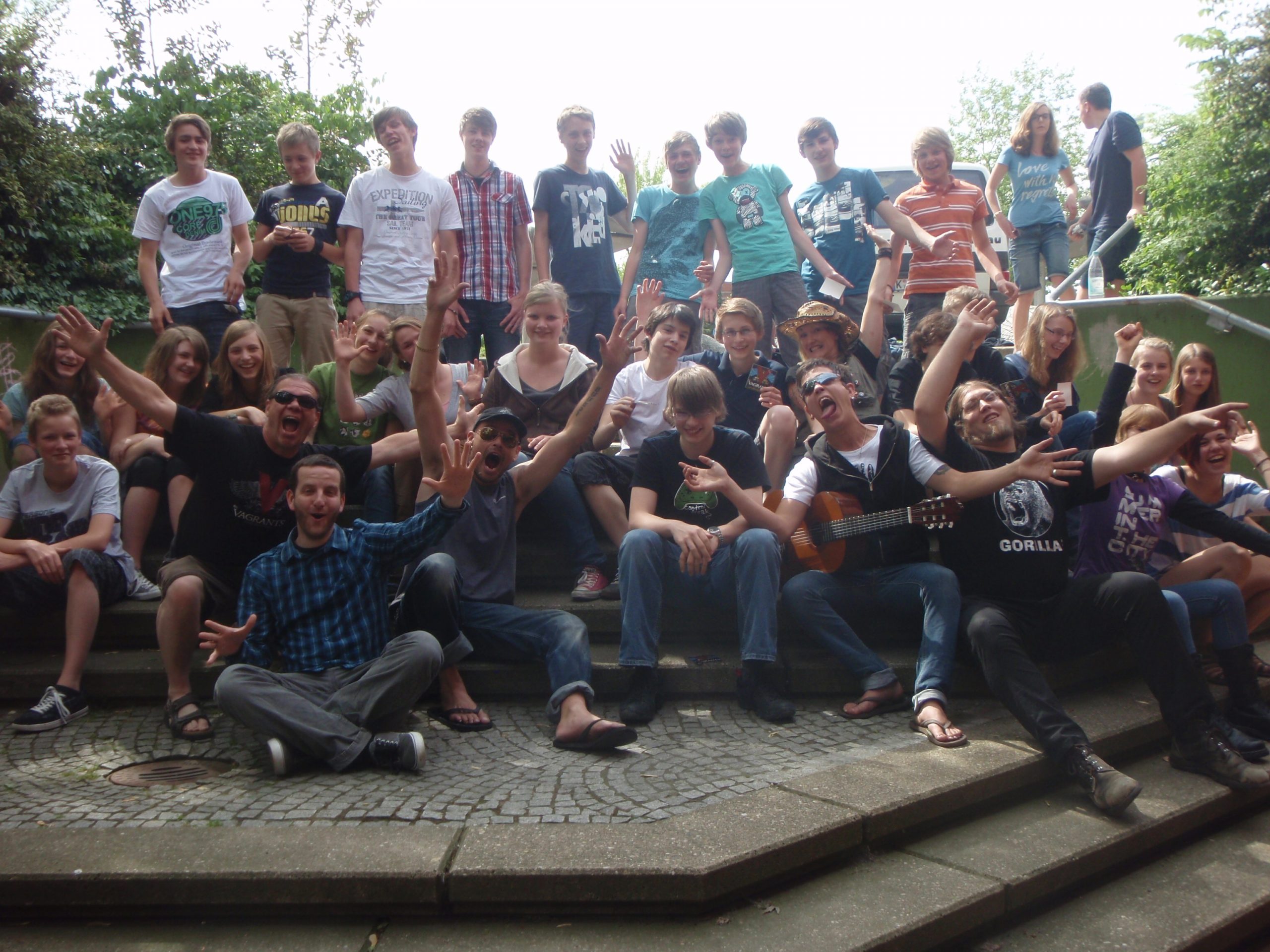 Since the last blog we have been through Switzerland, Holland and up and down the west side of Germany. Fun and games and loads of wicked gigs. We have had the fortune to spend a lot of time wth various friends and their families along the way. Frank and Heike in Koln, Sven and Sabina in Stuttgart, Philip and Christiana in Coesfeld. Also sleeping under the stars at a rest stop and waking up to th truckies inviting us for some of their turkish breakfast.

Leon at the Blue Shell in Koln made sure we had a great night with many Jagers and Tequilas…bar dancing during the gig was fun until the bar manager cracked it!!  Haha that was a pisser..

Panoptikum is a new venue for us this year and although tiny we caused the usual riot and will be pplayingback there again in June before coming home.  It was great to see so many faces we new from the nearby town of Werdohl… thanks for making the trip to see us in another town!  We will be in Werdohl later on so it will be a killer show there also.

Gunzberg with Jurgen is always a pleasure and thanks this year to Alex for giving us floor space inthe music school to stay!! Piranha Pint we say thanks..

The gigs have been wicked and as usual the Gorilla bar in Muenster went off…. a film crew came along for a pre gig interview and then filmed the entire show for German TV. Next day we had some fun at a school talking to the year 9 kids and playing some acoustic guitar followed by a fun gig in the school hall later that night……. no Ben the 13 year olds in germany don’t know who Jimmy Barnes is.

Excercising along the way to keep us fit and working off all of the beers consists of pushups… Renate is winning so far with 50!!! I think the boys need to harden the *&@# up … according to Chop Chop ( aka Geoff ) ….. OK it was Steve who did 53 but Renate was close behind on 50.

HIghlight has been playing in prison at Stammheim to around 80 prisoners.  Klaus who organsied the entire thing for us kindly offered a room for Geoff for the night ….. after looking around and getting a twitchy arse Geoff kindly refused the offer.

So dumbass quotes and questions so far?

Is Swtizerland still in Europe? ………………..  Catholics are allowed to have sex before marriage in Australia ……

When in St. Anton the quesion was asked are we still in Austria? …………… the most ridiculous question was really “should we get some beer?”   now really!!!!!

Thats it for now over and out